The Fuseum is the museum of Brajo Fuso. Its name combines the surname of the artist (Fuso) with the word museum. It is a park of around 13,000 square metres located on the hill of Montemalbe, a large forest in which there are artistic buildings intertwined among them, functioning as exhibition pavilions. Near the Gallery, there is a small house (the Brajta, from Brajo + baita) that served as accommodation for the summer holidays of Mr and Mrs Fuso.

THE HISTORY OF THE FUSEUM

Brajo Fuso started an early experiment of what will become the Fuseum already in the mid-1950s, in the park of the villa that he and his wife Bettina had in Ansedonia. The distance from Perugia did not allow Brajo to express regularly his irrepressible creativity. Therefore in 1959, he bought two lots of land in Montemalbe, a hill just outside Perugia. There, he would build his museum park.
In the following years, he moved to Perugia some artworks he had in Ansedonia that he preserved from degradation, for example, marble sculptures, statues of Occhiopino and the Pinella, ceramic tiles with his nursery rhymes.
In 1974, he decided to get rid of the property in Tuscany definitely, so the Fuseum became the main place where he created his artworks and welcomed friends during festivity days.

Its creator describes it in this way:

“ “I am so attached to my paintings, and I am very happy when I feel them close to me. I wanted to give them a home, as they are my children: in Montemalbe, a small hill five kilometres far from Perugia, in the middle of a dense holm-oak forest; I have called it “Fuseum” and there is also a small house of a few square metres for me, the Brajta, for when I need to rest or if it rains. The Fuseum is entirely for them, for the paintings and ceramics; I have arranged the sculptures outside, alongside the pathways and in some small clearings. They are made of iron, plastic, wood, marble, stone, concrete etc. I am their guardian and almost every day I dedicate time to “visit” them. This is my life …there has always been a great thirst for research in my life and a lot of enthusiasm for every thing…”

Brajo Fuso worked constantly and with great vigour on the construction of the park from 1960 to 1980, the year of his death. Having no heirs that could protect and promote his work, he decided to donate the Fuseum (in addition, he also gave an endowment of a real estate for its enhancement and public opening) to the Sodalizio di San Martino. In 2007, was achieved an agreement between the Sodalizio di San Martino and Fondazione Onlus Ecomuseo Colli del Tezio with the aim of its management and enhancement of the place.

THE SPACES OF THE MUSEUM PARK

The Fuseum opens with a unique work: a gate designed and commissioned by Brajo in 1963.
The boundary wall itself is an artwork, set with wreckages of the most various materials. The entry path leading to the constructions is lined with tubular sculptures made of plastic and iron on the right side, scattered in the middle of the holm-oak forest.

It is the small house where Mr and Mrs Fuso had spent short summer periods of their lives since 1961, interchanging their residence between Perugia and Montemalbe.
The Brajta was renovated and inaugurated in 2012 as a house-museum. Inside, it is possible to find documents about the life of Brajo Fuso as a doctor and artist.

The exhibition gallery, near the Brajta, is a labyrinth of eleven rooms. It houses a selection of about 110 artworks that show the artistic career of Brajo Fuso following both thematic and chronological order. It ends with the Pittocromo, his studio.

In a building adjacent to the small central square, on the ground floor, there is Sala Bettina, a place that Brajo dedicated to the figurative paintings of his wife, Bettina Rampielli. Here, they used to organise banquets with their group of friends that used to animate their famous cultural gathering. Sala Bettina was renovated in 2016 to maintain its convivial nature. Today is a fully equipped room that can be used for hosting catering services or functioning as a restaurant where it is possible to organise different cultural events.

Sala degli Elleni did not exist in the beginning; in its place, there was a terrace where Bettina used to sunbathe. A few years later, for fear of rainwater seeping into the room below (Sala Bettina), Brajo commissioned the construction of a perimeter wall with a rudimentary roof. The room obtained became a large warehouse for his artworks.
The room, completely renovated in 2015, is today the main indoor space for events at the Fuseum.
It owes its name to the Elleni, impressive anthropomorphic statues first exhibited in the park and then placed in this room to be preserved from atmospheric agents.
Three Elleni out of nine are still in this room, as its guardians; two are in the Gallery and one in the Brajta. The last three are in the Museo Civico di Palazzo della Penna (Civic Museum of Palazzo della Penna) in Perugia.

Adjacent to the amphitheatre, the Brajzoo, a semi-circular pavilion dedicated to sculptures of the animal world that have animated for a long time the bushes of the forest. Afterwards, Brajo decided to collect them in one single place in the park. Since 2020, this area has been enriched with a street art inspired work representing the four seasons.

The park is a large forest-garden full of artistic interventions, slight vaguely narrative and allegorical alterations of the natural environment. It is crossed by paths made of mosaic by Brajo Fuso with the same poor materials dear to him. They have curious names, such as “la via del Gratopasso” , “il sentiero dello Sdrucciolo” , “la via del Grevandare” . 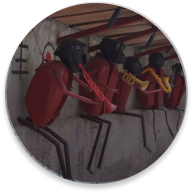 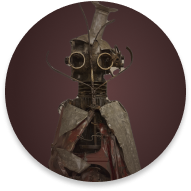 BOOK A VISIT AT THE FUSEUM 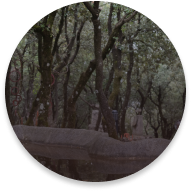 ORGANISE AN EVENT AT THE FUSEUM