While science confirms the existence of regions located beyond space-time, we immerse ourselves in the most extravagant hypotheses on the existence of parallel realities. Scientific activity is increasingly related to artistic-speculative activity. If it is true that art benefits from absolute freedom, scientific theories on the multiverse open up science fiction scenarios.

The docufilm by the director Valerio Jalonso, Il senso della bellezza. Arte e scienza al CERN (The sense of beauty. Art and science at CERN) shows an interesting convergence between contemporary physics and the work of artists. The detailed survey of the infinitely small reveals the existence of an inner order of things that is reflected in cosmic dynamics.
It is evident that, by comparing empiric (scientific) research to the intuitive (artistic) one, it is possible to identify a general plan able to make humanity aware of its existence and to be part of a whole.

Today, it is possible to do it thanks to new technologies, but if it is true that we can only understand 5% of the entire universe, what is the remaining 95%?

Brana does not attempt to answer this question but proceeds according to the only possible way for art: creates a metaphorical dimension to immerse himself in the search for a meaning, a limited space of time that allows entering a parallel world and investigate, through imaginative intuition, that 95% of cognitive emptiness. 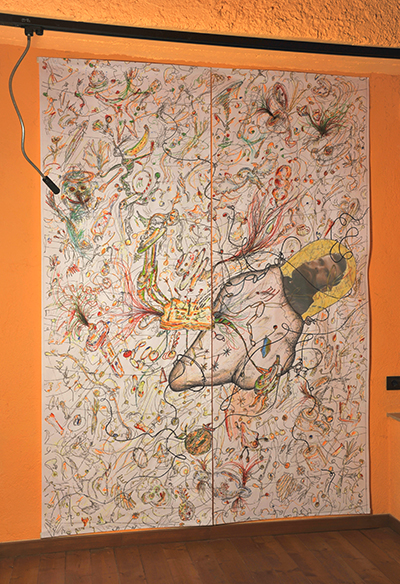 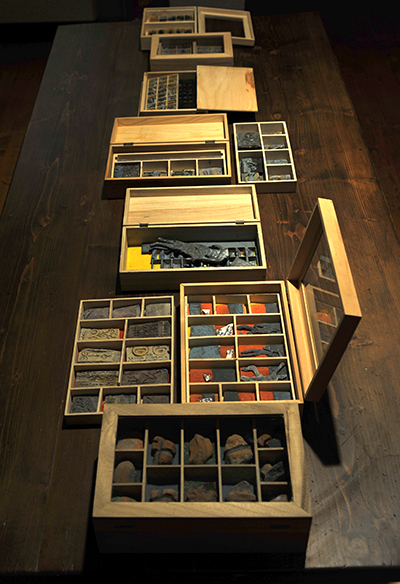 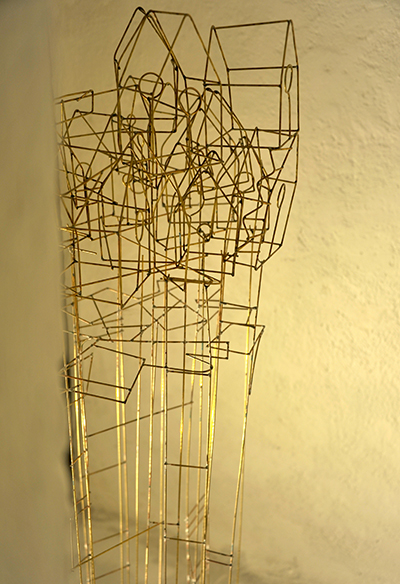 The choice of the Fuseum, a place suspended between reality and fantasy

The location chosen for the collective exhibition is anything but random: the Fuseum is the museum park built by Brajo Fuso from the 1960s onwards as a place for pure creativity. Here, together with his wife, the artist created an immersive place where it is possible to alienate from everyday life, to create new worlds and multiple parallel realities, names and factional characters, spaces of natural alienation. Like a beehive, the Fuseum has grown during the years, building after building, always with new needs: Brajta, Sala Bettina, Sala degli Elleni, Brajzoo, Scribarius and then the park with its imaginary paths, unprobable places that becomes possible in this dreamlike place, where reality and fantasy coexist alternating and intersecting.

In Brajo Fuso, artistic thinking and scientific attitude converge. His career in the medical field places him, with full rights, in this space of interaction between empiricism and intuitiveness.
Brana wants to pay homage to the artist on the anniversary of his birth (21 February 1899), taking inspiration from these reflections and involving twelve artists of different generations and tendencies, in order to recreate the incentive to reflect on the role of art as a function for our perception of the universe. The exhibition is organised by Andrea Baffoni, art curator of the Fuseum. 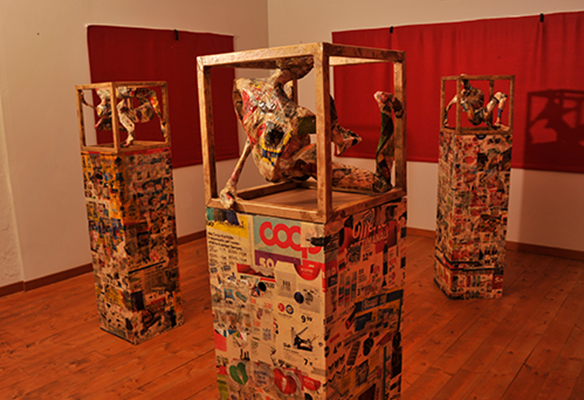 Arnhild Kart - The end - The instinct - The spirit 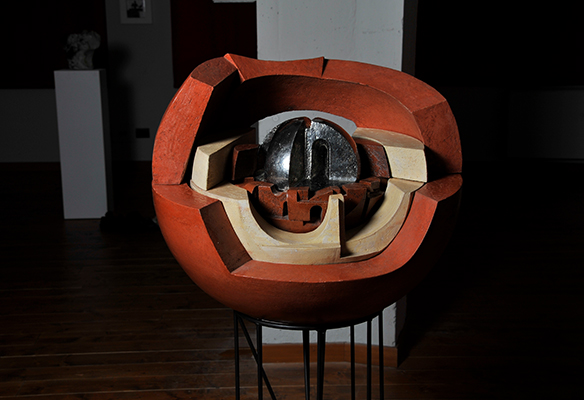 Romano Mazzini, with the search on Sfera città ideale, reproduces the dynamics of the Earth through circular patterns, to unify the constructive feature of the civilisation to the orbiting planetary dimension.

In the artworks of Attilio Quintili, exploded material again refers to cosmic dynamics, amplified by the minimal structure of the door recalling the topic of the funeral monument.

Towers by Arnhild Kart, The end, The instinct, The spirit and Transformation, represent the existential condition of contemporary man, in a metropolitan dimension of housing constraints, but dialoguing in episodes of everyday life within a dialectic between inside and outside.

Medina Zabo hides interiority under piles of wax, from which new lives are preparing to emerge. Wax is animal matter full of a real microbial universe in constant transformation, invisible most of the time, but always ready to manifest itself.

The video by Laura P investigates the theme of beauty relying on the dynamism of music boxes. The sound invades the exhibition space, while objects seem to live a short experience, like butterflies expressing their appeal through an inner metamorphosis.

Archeologie fantastiche by Toni Bellucci talk about objects from other territories, hieroglyphic fragments, and fantastic compositions of an iconographic vocabulary, where traces of the past overlap with hypothesis of the future. Parallel worlds in which communicating realities coexist.

Revolutio II, by Benedetta Galli, is a metaphore of the continuous change that affects man and the entire universe and turns houses into gravitating planets waiting to be inhabited.

Sara Sargentini, with the artwork Datum, seeks for order in the apparent randomness of the universe, a reflection of the continuous repetition from which derives an existential semantics linked to the repetition of life and the overlap of several dimensional stages.

Polly Brooks proposes objects with an everyday flavour for an inner investigation that leads towards wire fences identifiable with the infinitely small: a hypothetic universe that is probably the very image of what we carry within us.

Pietro Ricci draws the mapping of moving forms, describing in a childlike way a cosmos of objects belonging to human life, floating in the dimension of infinite possibilities and transforming the environment where we usually move into an amazing journey.

Antonio Persichini also takes a journey into the inner self and engraves archaic drawings on panels that recall tribal origins; each individual life is interpreted as a world, while nature is experienced as an organic brain in constant palpitation.

Gemma Zoppitelli transfers the origin of things and civilisation onto fragments of wood, referring to the city as a set of spaces and histories, sedimented and transformed over the years and restored in a constant dialogue between tangible material and metaphorical allusion.

This is the Brana universe, according to the hypothesis of the most advanced theories: a collection of many floating universes, like membranes in an infinite dimension. Separate places, whose oscillations occasionally lead them to collide, perhaps giving rise to infinite Big Bangs from which new universes and lives are born (universes of which the place where we live could also be part). Hypotheses and suggestions of a science that increasingly coincides with fantasy. However, art, in the end, is just that: the possibility of originating new realities, so that everyone can witness infinite rebirths from which infinite parallel worlds give rise.

This is an example widget to show how the Right Sidebar looks by default. You can add custom widgets from the widgets screen in the admin. If custom widgets are added then this will be replaced by those widgets.